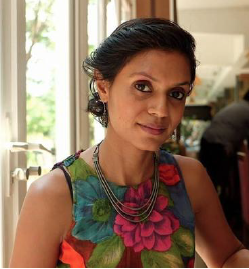 Never happier than with a script in one hand and a plane ticket in the other, my passion for storytelling goes hand in hand with my obsession for travel. In the last few years, I have researched, scripted, produced and directed over 150 digital videos in around 20 cities in the APAC region. I have also script and direct TVCs for clients such as AccorHotels, Avis, Coca-Cola and Johnson & Johnson while working for agencies such as Saatchi & Saatchi and McCann.  But at the end of the day subject, format and usage doesn’t matter to me  – I just love to tell stories.

The space behind a camera is my happy place. I am driven by the pure joy of taking an image in my head, recreating it and capturing it on film.

Stories, humans have been telling stories forever – we once painted them on cave walls, we now put them on our Social Media walls. My skill lies in taking a story and crafting it in such a way that someone scrolling through Facebook stops and engages with your story. I believe that every story must have heart and be guided by honesty, integrity and a sense of play.

I learned my craft working for some of the best creative minds in Asia’s advertising industry. Starting as a runner I worked my way up to Assistant Director, honing my skills for 5 years before venturing out on my own. This competitive industry taught me to push my artistic boundaries and to love taking on creative challenges.

My two passions (travel and the moving image) come together here and I find myself living the ultimate dream. One that has challenges for sure. But from tight budgets to ever moving schedules and tricky subjects, I have learned to relish the problems because I truly believe that the crazier the shoot, the better the final story.

I have managed large Productions where my role was only Producer and I was leading crews of up to 100 people. But I have also been a one-woman show: (Researcher/Scriptwriter/Producer/Director) Either way, I can manage and inspire teams. My crew are my support system and I work hard to establish strong relationships with both internal and freelance crew members. I am meticulous about details and about deadlines. I always push for creative excellence but my eye remains on the budget and on the client brief.

My creative journey started with a love for the written word. I was the little girl scribbling poems in her diary, and that love has not died. What I have learned is that a good script requires research. It’s only by getting close to that subject that you can find a connection. Carefully chosen words and moments crafted around this connection form a solid backbone for an engaging story.