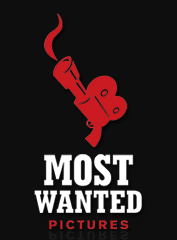 Brad Dillon ACS is considered one of the most talented cinematographers in Asia. Whatever the circumstances and whatever the genre his aim is always to acquire stunning visuals at the service of the story at hand. Apart from his sharp eye, producers and directors appreciate his unflappable attitude on locations that can often be challenging and highly unpredictable.

Most Wanted Pictures was launched in 1999, through which Brad offers his services as DoP – and he has been able to build up a client base of production companies and broadcasters around the world.

In 2012, the Australian Cinematographers Society (ACS) presented Brad the ‘Golden Tripod’ in the Dramatised Documentary category of the national awards. He then went on to win ‘Best Cinematography’ at the Asian Television Awards. To top the year off, the ACS granted Brad accreditation. He is now proudly Brad Dillon ACS, number 338. A lifetime dream realised!