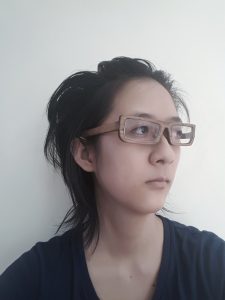 Lydia Ang is a composer, songwriter and sound artist based in Singapore. Her work primarily explores the notions of storytelling, and is driven by her belief in art as a catalyst for deep human connection. She has also collaborated globally with numerous artists on multi-disciplinary projects in music, film/animation, dance, theatre and digital media.

Lydia is an advocate for interconnectivity awareness, experimentation, and rule bending. She seeks to write and perform music that defies the discriminating lines of genre. As a composer and songwriter, she has built her personal playground through writing an eclectic mix of electro-acoustic music (Introspect, Breath) and earthy songs (For the Pilgrim, Heart). An avid collaborator, she often lends her electro-acoustic influences to collaboration tracks such as a remix of Gone on Michael Harren’s Tentative Armor Reworks (2015). True to the spirit of experimentation, she is also a free improviser and an active member of the improvisational collective Sonic Escapade.

Her aforementioned philosophies bleed into her collaborations in film and animation, where Lydia has written scores and produced sound design for a wide variety of genres. Her most notable work can be found in the thriller short Kulling (2012), Vidhai (2016), the documentary film El Chino (2015), and most recently, a series of 8-bit style animation for SBS Transit (2017).

Lydia is an adjunct faculty member at Singapore Polytechnic where she teaches synthesis, composition, and music arranging. She earned a B.F.A in composition at the California Institute of the Arts, where she studied primarily with composer Barry Schrader.