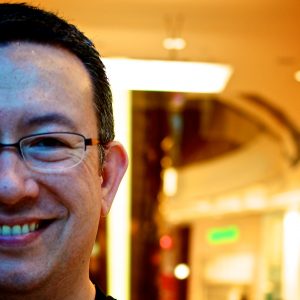 Kenn Delbridge, M.P.S.E., leads the team at SPLiCE Studios. An award-winning sound designer and mixer with over 20 years experience in the industry, his portfolio includes advertising, broadcast trailers, documentaries and motion pictures. Originally from Hong Kong, he has been based in Singapore since 1995.

Kenn has worked with international broadcasters including Disney, ESPN, MTV, BBC, Discovery, National Geographic, Bloomberg, NBC Universal and many others. He won his first Promax Gold in 1993 for the sound design on “Ear Cleaner” for MTV Asia.