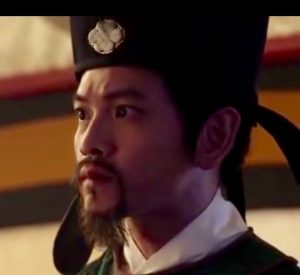 In March 2003, a twist of fate led Fish to his TV debut, playing the episodic lead in the popular Docu-Drama series “True Files”.

By 2005, this former Mechanical Engineer turned tuition teacher was getting cast in all 3 graduating short films, for the Advanced Diploma in Film Productions course (ADFP) at Ngee Ann Polytechnic, 2 of which were lead roles.

His rugged exterior belies Fish’s introspective nature, allowing him to delve deeper into stereotypical ‘tough guy’ roles, such as in Mediacorp’s tele-movie “For Sentimental Reasons” in 2006.

That same year, Fish made his international debut, as himself, on AXN’s Macau X’treme.

In 2007 Fish went full-time. He hasn’t looked back since.

In 2012, local director Jack Neo was looking to cast a suitable actor as the Officer Commanding (OC) in his new 2-part movie “Ah Boys To Men”. Having worked with Fish on several of his earlier films; “I Not Stupid Too” 2006, “Money No Enough 2” 2008, and “Where Got Ghost” 2009, Jack knew Fish could carry the role of Cpt ThamSL. Then in 2014, Fish reprised the OC role in “Ah Boys To Frogmen” as Cpt Max Chow.

In 2015, Fish appeared in episode 4 and 5 of Netflix’s “Marco Polo”. Fish met and auditioned for director Daniel Minahan and writer John Fusco in 2014, and did not get the part of Jia Sidao (which eventually went to Chin Han) but they were suitably impressed to cast him as the Lead Song Ambassador, who negotiates a peace agreement with the Mongolians.

In 2018, Fish was involved with 2 international productions: HBO & Astro-Shaw’s feature film “The Garden Of Evening Mists” as Kwai Hoon, and Cinemax’s “StrikeBack” Season 7 Ep 5 as Dagon. The former premiered at the Golden Horse Awards in late 2019, receiving 9 nominations. Fish was also its sole male cast from Singapore.

Along with this extensive acting background, Fish is adept at bringing to life the written word. Till date he has voiced TVCs, radio ads, corporate videos, E-learning content, etc for clients including Pokka, Singsaver.com, NTUC Income, Uber, Asia Pacific Breweries, Temasek Holdings, Republic of Singapore Navy, Breguet, Grab, Singapore Police Force, IMDA, Recogen, Ministry of Law, AIC, NHCS, CPF, NTU, and many others, some of which he also produced.