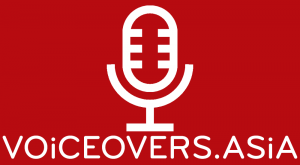 VO sessions can be directed in person, via Skype or Phone; and we offer Source Connect, ipDTL and SessionLinkPro for remote recording. We can deliver in any major audio format, including WAV, mp3, AIFF and more.

We provide award-winning mixes to the broadcast, online, corporate and interactive voice industries in all formats – mono to Dolby Surround.

We also produce several of the leading podcasts out of Singapore.