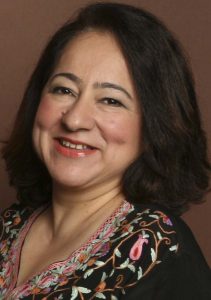 She has acted in short films, music videos, TV commercials, corporate videos, stage, photo shoots and TV series for CH 5 & Toggle. She displays a good acting range in comedy & drama. She is also a talented voiceover artiste and her versatile looks are one of her strengths as an actor.

Vandana won the Favourite Actress Award for the portrayal of neighbour aunty role in the short film 冰棒 in ciNE65 season IV, 2017.

Just finished a Toggle web series “No Catalogue” (2017) in which I played the mother of lead character.

Vandana born & grew up in India, Singapore citizen, is a freelance actor, willing to travel internationally for shoots.