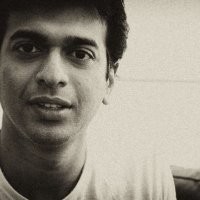 With over 16 years experience in the broadcast/television industry, Sanjay is an award winning Writer / Producer / Director. He has worked on a diverse range of programs for International Broadcasters including Netflix, MTV, Nickelodeon, The Travel Channel, Disney, Cartoon Network, AXN, Fox Asia and Channel NewsAsia.

Some of his credentials include :

Writer / Director on “Happiness From The Skies” campaign for Coca-Cola. Cannes Lion Finalist.

He has also worked on several global hit series including Bizarre Foods with Andrew Zimmern, Passport to Asia with Samantha Brown and The Martha Stewart Show (The Travel Channel US).