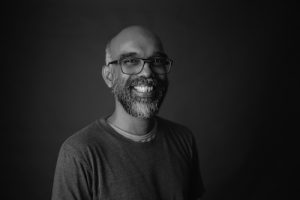 Nigel is an internationally recognised Sound Designer with over twenty years of experience. He holds a Master of Arts in Sound Design from the National Film & Television School (UK) and he is inspired by stories of the human spirit. He discovers his environment with an acute perception of sound, coloured by an intimate sense of the spiritual. He has an ability to listen beyond words and tune into layers of emotions because of a religious and curious preoccupation with human behaviours, perspectives, habits, thinking etc. At the crux, he see’s and hear’s further than the obvious, revealing richer stories to tell.

This is in addition to the professional acknowledgement he has received from organisations such as the American Federation of Musicians, Universal, MTV, Discovery Networks Asia, etc. He has since earned a reputation for an exceptional ability to translate words and ideas to sound and music.

Antigravity Chocolate was conceived to further this ability, so clients could engage a larger facility for creative expression—whether it be for work or play.