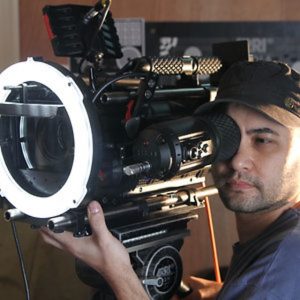 Morgan Peline trained in cinematography at the prestigious English National Film and Television School, one of the top film schools in the world. At NFTS he learned studio, location and commercials lighting and operating for 35mm, RAW, 2K, 16mm and High Definition cameras under the mentorship of Brian Tufano BSC (BAFTA nomination for Billy Elliot), Head of Cinematography at NFTS and Billy Williams BSC (Oscar winner for Ghandi) amongst other very respected cinematographers.

In 2007 Morgan was invited to participate as a scholar at the renowned Budapest Cinematography Masterclass in Hungary, all expenses paid. At the masterclass, Morgan trained in 35mm cinematography under masters Vilmos Zsigmond ASC (Oscar winner for Close Encounters of the Third Kind) and Elemér Ragályi HSC (Emmy winner for Rasputin).

Morgan has shot feature films, music videos, web serials, documentaries and corporate videos. He speaks English, French, Cantonese and basic Mandarin and has worked in the UK, US, Australia, Indonesia, Thailand, Singapore, Hong Kong and China. He is familiar with shooting and lighting for 35mm, RAW, 16mm, 4K, HD, DSLR and various other digital formats. He has used Arriflex, Panavision, Aaton, Red, Sony, Canon and Panasonic film and video cameras,

Morgan is a Hong Kong permanent resident. He has a also taught as a Senior Lecturer in cinematography and film and video production at the Open University of Hong Kong where he designed the cinematography curriculum for the ‘Cinematic Design and Photographic Digital Art’ modules of the BFA in ‘Cinematic Design and Photographic Digital Art’ degree.

Morgan currently resides in Singapore. He works freelance as a cinematographer and also teaches part-time at Lasalle College of the Arts.