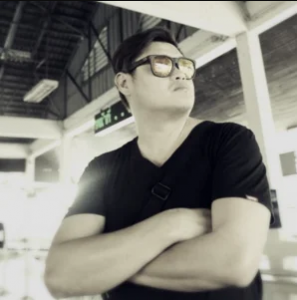 Originally a sportsman that pioneered in the Singapore Rowing National Team has molded a sportsmanship treasuring every minute and every second to win excellence; with his greatest pride in his ‘95 SEA game accomplishment.

Michael has become a highly sought after commercial director with a solid reputation in Asia. But this has all begun in 1994, a video editor in Singapore Broadcast Center. His door later opened as an assistant director and line producer for famous directors namely Tsui Hawk, Johnny Tu, Gordon Chan, and Peter MacDonald, etc. Successfully from 2000 onwards, Michael stepped up as a commercial director across China, Hong Kong, Indonesia, Vietnam, Thailand, Malaysia, Singapore and Australia.

His experience from an editor to a director creates beautifully composed cinematography, often augmented by clever edit and post that embodies his sharp craftsmanship and whimsical imagery.

He was awarded 3 silvers at the China’s Shooting Awards and 1 gold at the 18th International China Advertising Awards. He has also earned his Contribution Award from Wen Jiabao (former prime minister of China) for his 5.12 Sichuan earthquake charity TVC.