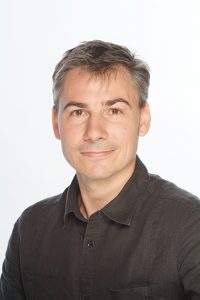 Born in South Africa, Guy has been based in Singapore for the past 18 years and travels extensively in the region. He has worked for international broadcasters like ESPN Star, Disney Channel and World Sports Group before setting up his own production company, BlackDog TV in 2002.

Since then, his long form show credits have expanded to include sports documentaries “Iron man triathlon” for AXN, “Living the Dream” on ESPN Star, “World Series of Mahjong” (12 part x 1 hour) filmed in Macau and released worldwide, “Singfest 2008” for Star World, “Stomp” a weekly show on Disney Channel, and “Asia Sports Show” a half hour weekly feature show that won gold at the Asian Television Awards. His motorcycle adventure reality series “Ride & Seek” is now in its 5th season on History Channel and was number one in its time slot when it premiered. Other reality credits include “The Pledge” a sports triathlon reality show that aired on ESPN and “Brain Wave, The essence of invention” that aired on channel 5 in Singapore. Guy’s portfolio also includes numerous commercials, one of which is a series of commercials for Saachi and Saachi around the rugby world cup that won bronze at the Asia Pacific AdFest.