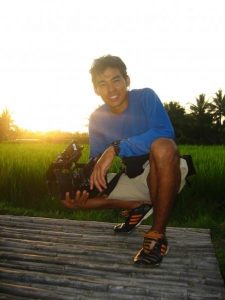 Eric Lin is a Singapore based cinematographer & photographer. He works in a range of media formats from TV documentaries, high-end corporate branding and marketing projects, commercials to narrative films.

For commercials, he has shot for brands like Mizuno, Acuvue, Malaysia Tourism Board, UOB, MBS, DOLE and UNILEVER.

With a adamant belief in storytelling and background in still photography, he believes in working closely with his collaorators to create “story led” visuals in every frame that communicates and inspires. Eric’s passion in nature, adventure sports and social issues also led him to several personal projects. One of them is “Remember Chek Jawa” that won the “Mark Haslam Award” at “Planet in Focus International Environmental Film Festival” 2007 in Canada.