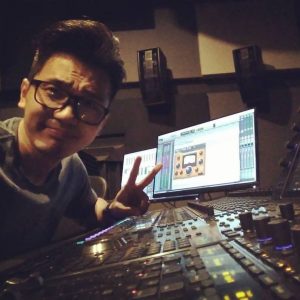 Born and grew up in Singapore, Burtt’s fascination with sound and music began since young when his parents had always brought him to the cinemas and Getai. Having grown up with Sci-Fi film – Star Wars, Burtt shares strong belief with Mr. George Lucas (Lucasfilm Ltd) that sound and vision both contribute 50/50 of the whole cinematic experience.

Burtt believes that the role of a sound designer/engineer is not the stereo-typical button pusher, or what most people would relate to as, ‘technical’. Burtt believes that the primary role of a sound designer is to help clients achieve this one, common mission – “Convince The Audiences”.
Whether you are advertising your products, or a network promoting your channels, or a film or drama about a galaxy far far away…, sound design plays that big 50% role in convincing your audiences.

Burtt is very honored to be part of the jury panel for the yearly 48-hour film project.

Well-versed in main-stream Pro Tools & Dolby 5.1 & 7.1 mixing, and other well-known audio workstation like, FairLight, Cubase, SADiE/CEDAR, Burtt continues to contribute to the media industry, both Singapore and internationally, as a sound designer / mixer specialization in sound design and re-recording mixing for TV and film.

His enthusiasm and aptitude makes him a passionate and valued designer/engineer.