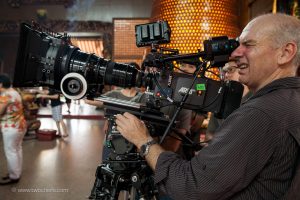 Brian McDairmant is an award-winning director of photography with 40 years of experience in documentaries, feature films, natural history, drama, commercials and music videos. He is a winner and nominee of BAFTA, EMMY and RTS awards.

Some examples of the landmark productions he has played a key role in are: